How did the TIX II come about?

The original Tix clock was invented by James Scott Thompson and was manufactured by CubeRoot labs from 2005 until 2014. I first spotted them on Thinkgeek and like many others really wanted one, but at that time shipping one from the US to New Zealand cost more than the clock itself and unfortunately made it way too expensive to purchase for me back then. 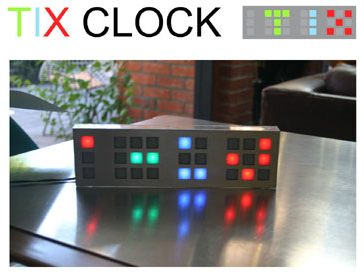 As a hobby project I decided to make a replica of James’ clock and add my own touch to it in the form of a wooden case. This formed the original TIX II. It was powered by an Atmel AVR micro controller, used a reflector out of a fluorescent ceiling light and had its case made from Rimu, a native New Zealand timber. It didn’t have any battery backup for the timekeeping and patterns were chosen from a library of patterns programmed into the code. However, it adorned our lounge and was always a talking point with visitors just like James’ original clocks would have been.  You can see the full build details of this replica project here on my personal web page. 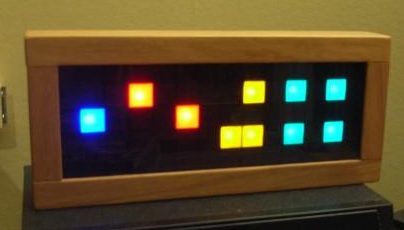 In 2011 I posted how to build this replica on “Instructables” and entered it into the “Clock’s Challenge” where it won runner up.  I received a lot of comments via Instructables and my own web page asking for me to make one for people.  That along with my own drive to make a better, more featured TIX clock has led to this current version that I offer for sale here.

This new clock was not without its challenges.  There have been many prototypes with various different methods of obtaining a full colour changing display.  The first of these came to “Light” in 2013 using standard RGB LEDs.  It worked, but I was not happy with the brightness and the complexity of the design. 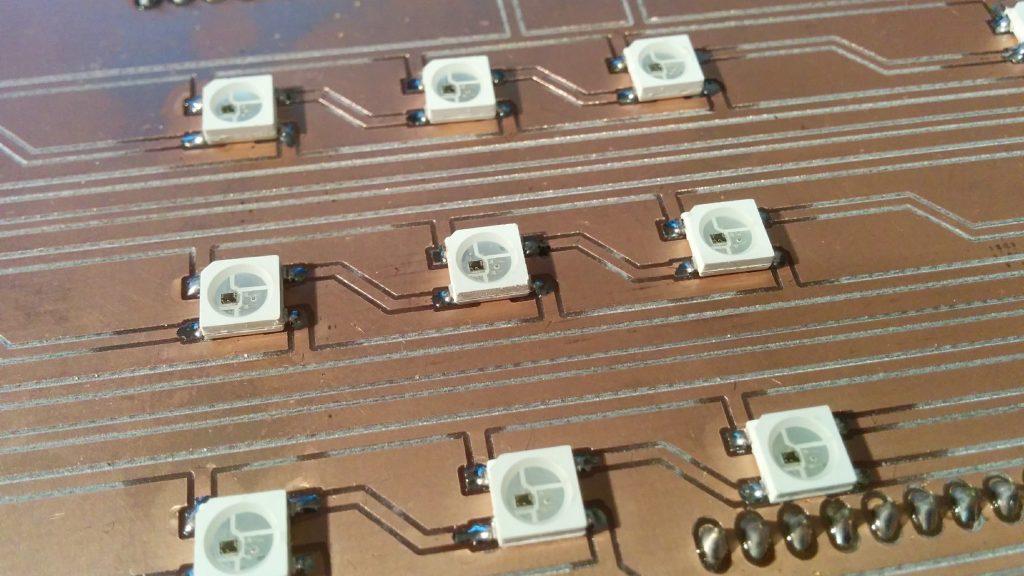 image: Close up of a Prototype board

One of my main objectives was to keep the current consumption low to allow for it to be powered via a USB port and keep the component count down for ease of construction.  This led to the search and discovery of addressable RGB LEDs.  Twenty seven of these LEDs make up the display in the current production units.

Additional to the colour changing display I wanted true random patterns, battery backup, adjustable and automatic brightness and a display for easy setting.  The first prototype for that was created in 2016.  This design then underwent some changes to the physical layout of things like the power connection, setting screen and software enhancements mainly centred around ease of use.

With the electronics and code pretty much finalised, came the design of the case.  I needed something that could be easily manufactured, but still looked professional.  I decided to stay with wood to offer a premium product.  The original Tix clock had a brushed aluminium front and a moulded plastic back.  It makes for easy mass production, but it lacks a “quality” feel.  The final case design for Tix II is CNC routed out of two 18 mm thick wood sections which form the front and back of the case. 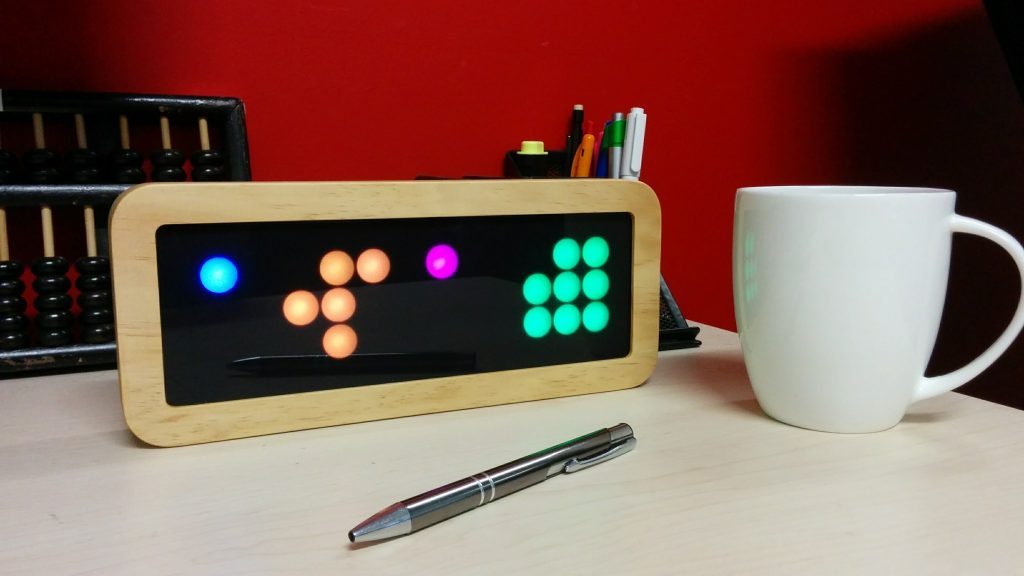 On the 11th of May 2017 this website went live and I was overwhelmed by interest in my Tix II.

Further enhancements and manufacturing improvements were made.  Packaging had to be designed and a user manual needed to be written.  All of this balanced with a 9-5 job and family life. 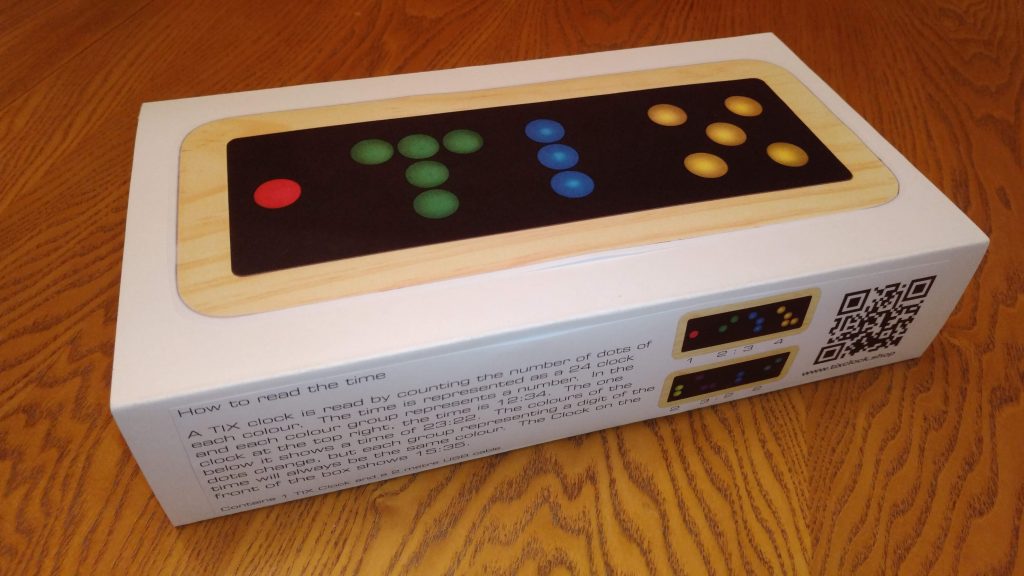 On the 8th of June 2018 the first production unit went to America as a swap for an original Tix clock and on the 5th of August I send my first order of a TIX II to a happy customer also in America.  Sales have now been made in Europe, Asia and Australasia.

Minor design changes are being implemented all the time to constantly improve the product.  Most of these are around the manufacturing of the clock to reduce machining and construction time.

Each clock is hand made in a home workshop from the electronic assembly of the board, CNC routing of the case and hand finishing to final assembly and packing.

The call to swap an original clock came due to the requests of owners with original Tix Clocks having the blue LEDs go dim.  I am in the process of designing a retrofit board in between manufacturing Tix II’s that will replace the board of the original clock and breathe new life and features into it.

I’d like to thank James (R.I.P) for the original idea and design, my family for putting up with my late hours running into early mornings coding and drawing up designs, and my many customers who have already purchased a Tix II clock.  It has been and is still an exciting journey bringing a hobby idea into a commercial product.  I am sure James shared the same enthusiasm and excitement watching an idea turn into reality.